Some 55,000 education workers in Ontario will not strike Monday after successful last-minute contract talks with the provincial government, according to Education Minister Stephen Lecce.

The Canadian Union of Public Employees (CUPE), representing a number of education support workers across the province, reached a tentative deal on Sunday evening — a move that should allow public schools to open as normal.

Lecce said he expects tonight’s deal means students across Ontario will be able to go to school as normal on Monday morning following the “positive outcome” of the negotiations.

“Parents can rest easy knowing that the government worked tirelessly to ensure their children remain in the classroom, where they belong,” Lecce said.

Laura Walton, president of CUPE’s Ontario School Board Council of Unions, said the deal with the government includes a reinvestment in schools that will see more jobs return to the province. Walton said that investment is around $20 million, and thanked the government for opening the “piggy bank.”

“Thanks for opening the piggy bank and allowing us to get the services that we needed for our students,” she said.

Full terms of the deal were not immediately made available.

Statement from ⁦@OPSBA⁩ says that terms of the tentative agreement with Ontario school support staff are to be kept confidential until ratification, and that CUPE agrees to stop all job action (including work to rule) in the meantime. #onpoli #onted 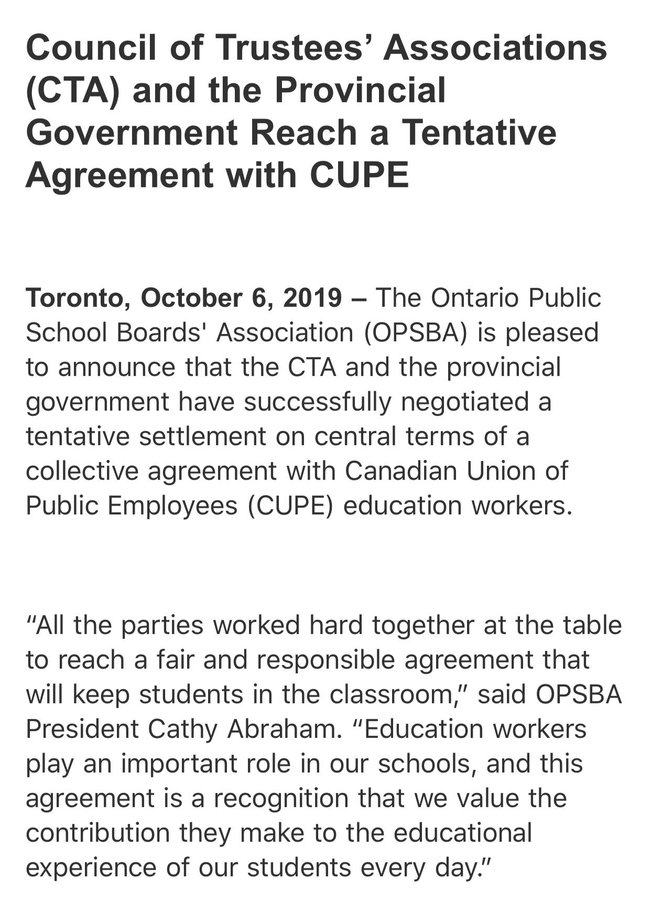 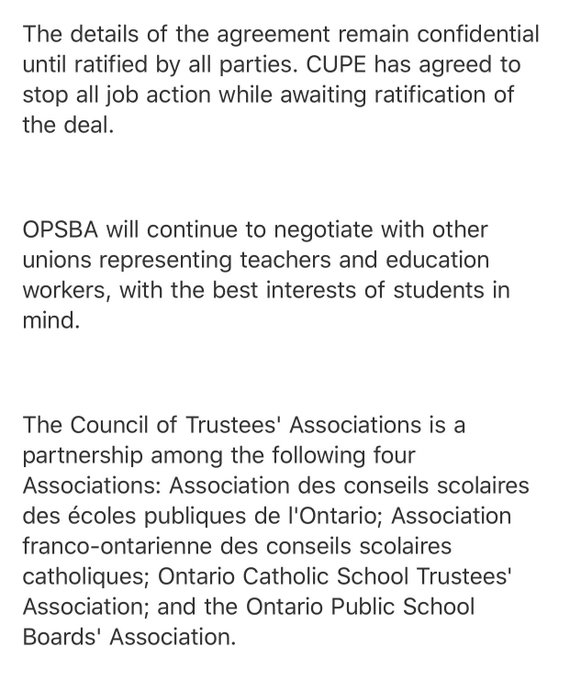 66 people are talking about this

Walton said her union will hold ratification votes with the goal of finalizing the new collective agreement by the end of the month. In the meantime, the work-to-rule campaign by CUPE’s education workers, which include clerical staff, education assistants and custodians, will end.